The Watertown Rapids, members of the Perfect Game Collegiate Baseball League, had a very

active month in June out in the Watertown community. Players, coaches, and staff have all been

attending different events in the community and bringing smiles to many faces. 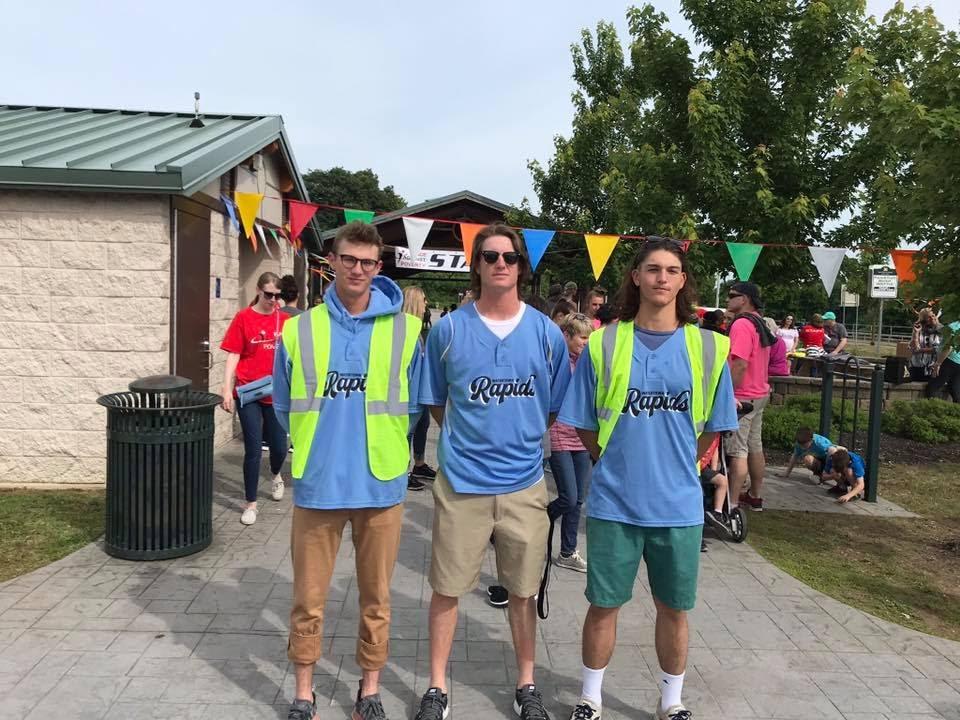 On June 9th, the Race Against Poverty was held in downtown Watertown as many people

local poverty. The race is modeled after the “Amazing Race” show on television. Three of our

teams participating cross the streets safely and provide them with water during the race. General

the event with a table at the post-race party. 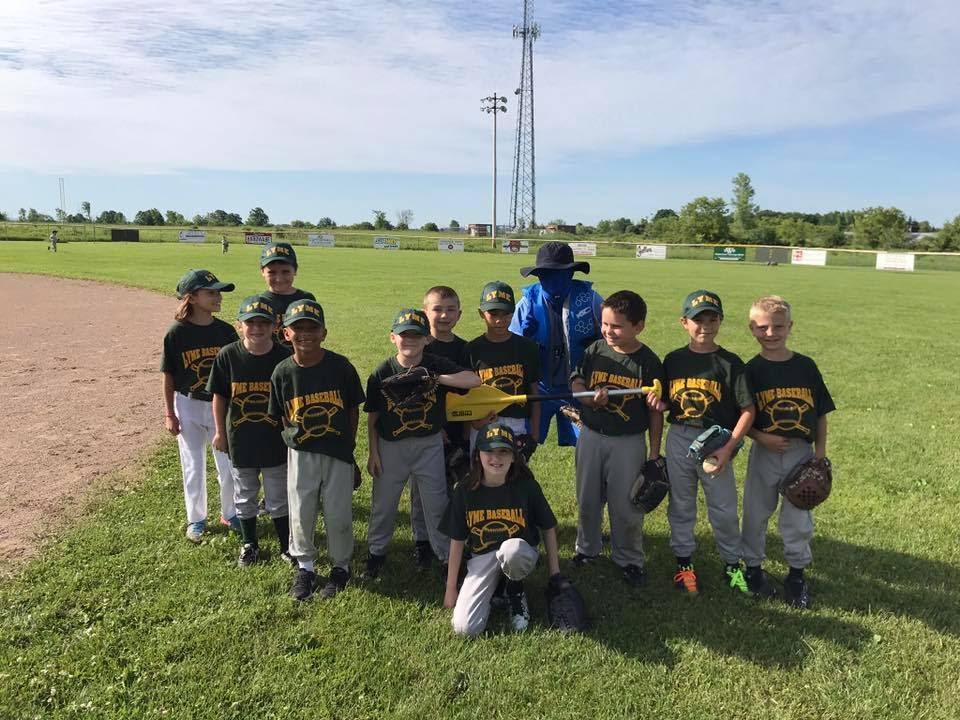 The newest member of the Watertown Rapids, Splash, made his debut as the Rapids mascot on

June 15th against the Oneonta Outlaws. The next day Splash made an appearance at a Lyme and

Evans Mills baseball game in Chuamont. Before the game, Splash played catch and raced the

kids in the outfield, followed up with a few nice team pictures. The little leaguers were also 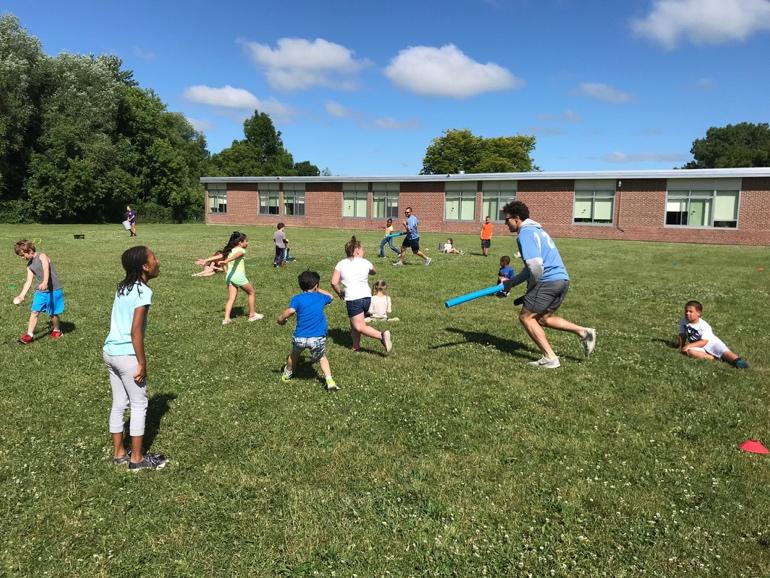 The players got a good workout on June 19th at Starbuck Elementary School in Watertown. Head

Bergmann) and staff with him to participate in the school’s field day. The Rapids had their own

their interests and what they enjoyed about school. The kids really enjoyed the interaction with

the Rapids and they even ganged up on some of the players to get them out. 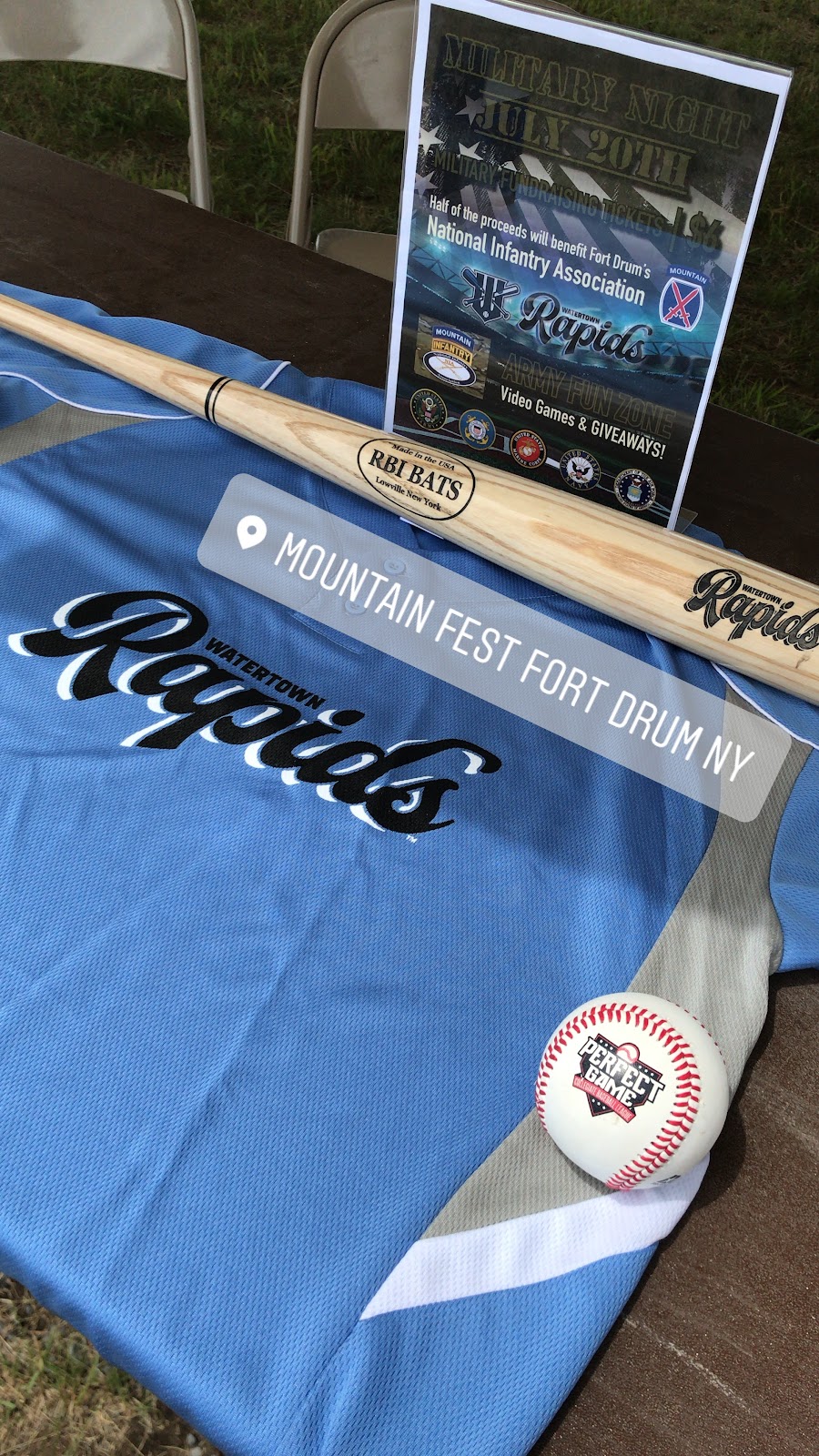 Mountain Fest on June 20th as the team set up a table and handed out schedules. The staff

teams’ hot start to the season. This event was also to help promote the teams’ Military

Appreciation Night on July 20th, with half of the ticket proceeds benefiting Fort Drum’s National

Infantry Association. The team will also be wearing Military themed jerseys on the 20th with 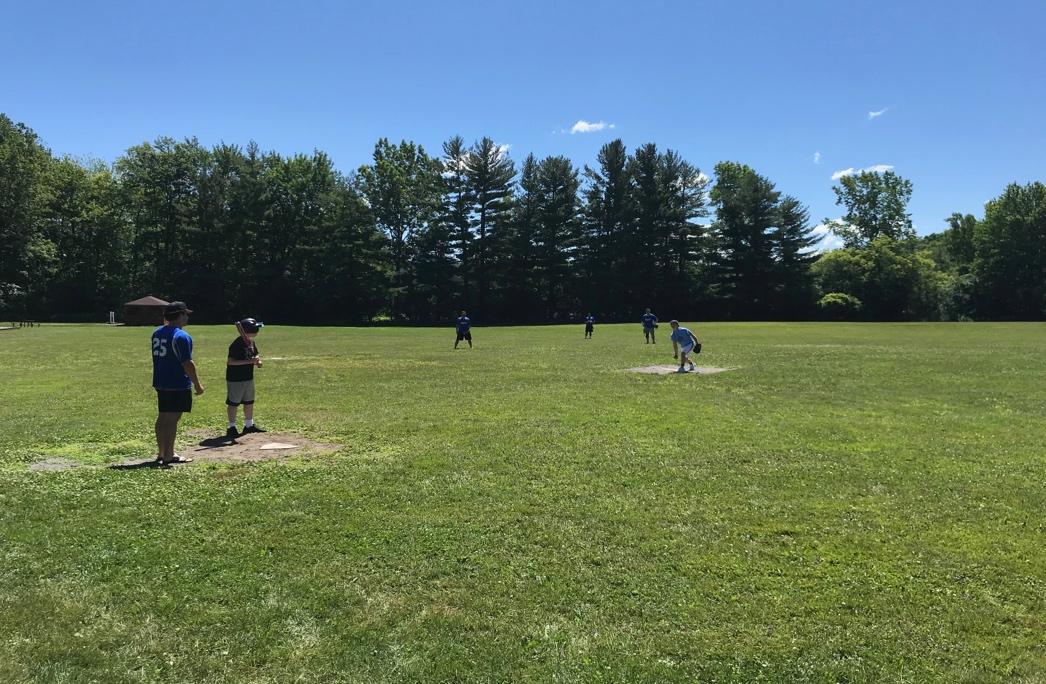 vouchers for YMCA camp participants to attend a game. That same day, almost the entire team

went to a barbecue and played baseball with the Jefferson County Children’s Home.

The Rapids look to continue their community involvement in July, as we are planning multiple

events. Our regular season wraps up on July 31st, with the potential for playoffs in the beginning

of August. If you have an event that you would like the Rapids to volunteer at or have players